In the era of COVID-19, both parents and kids have been indoors for a month, living our best quarantine life. Spending around-the-clock time at home with my kids is nice but we’re all ready for something entertaining!

Now it’s time for some Friday fun: an at-home movie premiere for “Trolls World Tour.” This movie, a sequel to “Trolls,” the 2016 DreamWorks Animation hit, was slated for theaters but now it’s going to be available on-demand starting tomorrow, Friday April 10.

Watch the movie at 10 am Pacific and live tweet with the film’s directors Walt Dohrn and The McElroy Brothers. Use the hashtag: #TrollsWatchParty.

Host your own viewing party with your family, complete with themed snacks and decorations. This link has printable crafts and coloring pages, as well as recipes.

Want a peak at the movie, which stars Anna Kendrick and Justin Timberlake? Here’s the trailer: https://youtu.be/08AExF6dETA

“Onward” is a brotherhood movie in the way that “Frozen” is a sisterhood movie. I attended a media screening of this film, which has a lot of heart. Like many Disney/Pixar movies, it made me tear up at the end.

When we meet Ian, he’s preparing for his 16th birthday and just trying to fit in at high school. Meanwhile his older brother Barley is a fun loving character who spends a lot of time in a fantasy world, full of magic and spells. Did I mention? The teens are elves.

It’s Ian’s dream to spend time with his dad, who died before he was born. Barley, remembers their dad and misses him too.  Ian’s dream could be a reality after the teen’s mother gives him a gift from his father. The gift? A magical stick that with the right spell can make their father come back for just one day.

It turns out Ian has more magical powers than he ever knew. He makes a spell and it partly works: the boys have half of their father back. Their dad revealed from the waist down, purple socks included. The brother duo then embark on a quest to find a gem to help Ian create another spell to reveal the rest of their father.  Throughout this endeavor, Barley drives a rundown van named Guinevere. The vehicle is a character in itself.

The brothers’ voyage starts as a mission to find that magical gem to help them spend one more day with their deceased dad. But it turns into a journey of self-discovery. The premise is that we all have a little magic in us if we just look for it and believe in ourselves.

Tom Holland, who plays Ian, and Chris Pratt, who portrays Barley, are really a great set of brothers in this film. Pratt reminds me of Jack Black. As an aside, I’d like to see a Jack Black/ Chris Pratt film.

The movie is part fantasy, part modern day story. Some of the things that happen are absurd but you accept them and they somehow work in the overall storyline. The main characters are elves who live in cul-de-sac homes that look like mushrooms. Ian is a typical teenager; the family has a pet dragon, his mom does workout tapes and they all have cell phones.

The fun unfolds. Ian’s mother, voiced by Julia Louis-Dreyfus, has an interesting new boyfriend, a half cop/half Minotaur, who annoys the kids. During the journey, the teens meet tough biker elves who are hysterical. Plus, Ian and Barley spend a lot of time worrying they they’ll end up in a green gelatinous cube if they can’t make their mission a success.

Their dad loves to dance and despite not having a torso or a head, he’s got moves. He stumbles because he can’t see and the result is silly and endearing. It even has “Weekend at Bernie’s” vibes.

We, Ian and Barley realize at the at end that we don’t really need to see the dad’s face. He lives on beyond the physical world because he’s reflected in his kids.

This Pixar Animation Studios’ film is produced by Kori Rae and directed by Dan Scanlon. As expected from a Pixar/Disney film, the animation, music and sound are well done. The characters are lifelike and the storytelling is solid.

This heartwarming story will resonate with viewers, especially those who love a family story or anyone who grew up without a parent.

Spies in Disguise is the kid’s version of a James Bond movie. It has lots of heart and humor too, for kids and adults.

My family and I attended a preview screening of  the animated comedy from 20th Century Fox. Will Smith plays super spy Lance Sterling, a smooth agent who prides himself on working alone.  He relies on gadgets made by CIA-like scientists. Enter millennial scientist Walter Beckett, played by Tom Holland. He’s been using his stem skills to create and innovate since he was a little kid.

Flash forward the present day and Walter is working in a government lab, tasked with making gadgets for secret agents. Lance needs those gadgets to get his missions completed quickly and efficiently. Even though his job is to build gadgets to take down bad guys, Walter encourages non-violence whenever possible. Many of his inventions are so mesmerizing that they cause bad guys and the audience to say, “aww.” Glitter is a theme.

At one point Lance needs helps and relies on Walter, who promises to make Lance invisible. Walter’s invention makes it happen but hijinks ensues when he turns Lance into a pigeon. The high-action secret mission continues for both Lance and Walter, who make an unlikely spy duo.

This animated movie is very entertaining. The characters are great and animation is well done. Plus, the soundtrack from Mark Ronson is a hit. I predict this film is poised for a sequel or two.

I was invited to attend a media preview of Frozen II​. The Disney film is back with familiar characters and new adventures.

This time, Elsa hears a voice that no one else hears. She and her sister Anna, as well as Kristoff, Olaf and Sven go on a journey through enchanted forests and dark seas to find the truth behind that voice. 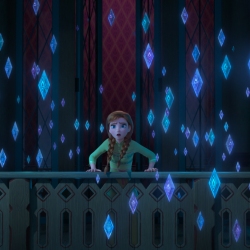 SPIRITS OF NATURE — – In Walt Disney Animation Studios’ “Frozen 2,” Anna (voice of Kristen Bell) learns that a voice has been calling Elsa, urging her to venture into the unknown where she must face the spirits of nature—wind, fire, earth and water. “Frozen 2” opens in U.S. theaters on Nov. 22, 2019. © 2019 Disney. All Rights Reserved.

Along the way they make new friends and sing some fun songs. My favorite new song is called “Something’s Never Change.” #Frozen2 is rated PG and opens Friday, November 22.

It’s only November 2, but who can pass up the opportunity to hang out with Santa? 🎅🏻

Today my family and I attended a sneak peak of the new Netflixfilm’s movie, which premieres November 15 on the streaming service.

This cute holiday movie has lots of heart. The theme? Every good deed sparks another good deed.  My kids, my husband and I really enjoyed it. 🎅🏻  These festive Klaus cupcakes were delicious too!

Honored to have won two Excellence in Journalism Awards from the San Diego Press Club. I also enjoyed producing this year’s Press Club awards show and catching up with my media colleagues and fellow Press Club board members. 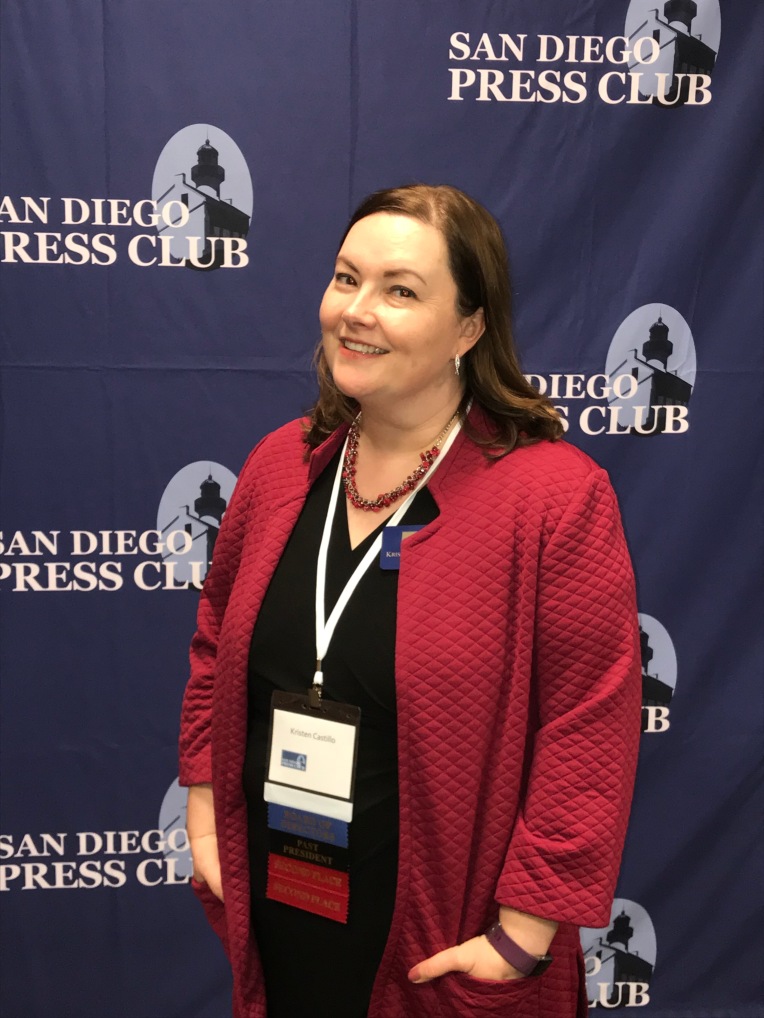 I’m always telling why kids they need to learn life skills, like cooking, cleaning, finances and more. While my kids probably roll their eyes, there’s truth to this statement. Where else and when else will children learn the skills they’ll need as adults? They rely on their parents, teachers and other adults now to help them develop skills they’ll use for the rest of their lives.

That’s why I pitched this article idea to my editor at San Diego Family Magazine. The resulting article breaks down the five life skills kids need to foster independence.

The article is the cover story for the October issue of San Diego Family Magazine and I’m really proud of the article. Pick up the magazine at one of over 1500 locations throughout San Diego, including local schools and libraries. Or check out this link.

Read one of my latest Mediaplanet articles to catch up with Latina actress and entrepreneur Naya Rivera.

The star of YouTube Red series, “Step Up: High Water” talks about her unisex clothing line Jojo and Izzy, her Puerto Rican heritage and her career goals.

Recently website, SDVoyager reached out asking me to share my advice in one of their columns. Here’s the question:

Don’t give up. It gets better but it might take time. In the face of a challenge, make the best of the situation; always take care of yourself; and lean on loved ones for support.

I would want that person to not give up hope. What would your advice be?