It’s only November 2, but who can pass up the opportunity to hang out with Santa? 🎅🏻

Today my family and I attended a sneak peak of the new Netflixfilm’s movie, which premieres November 15 on the streaming service. 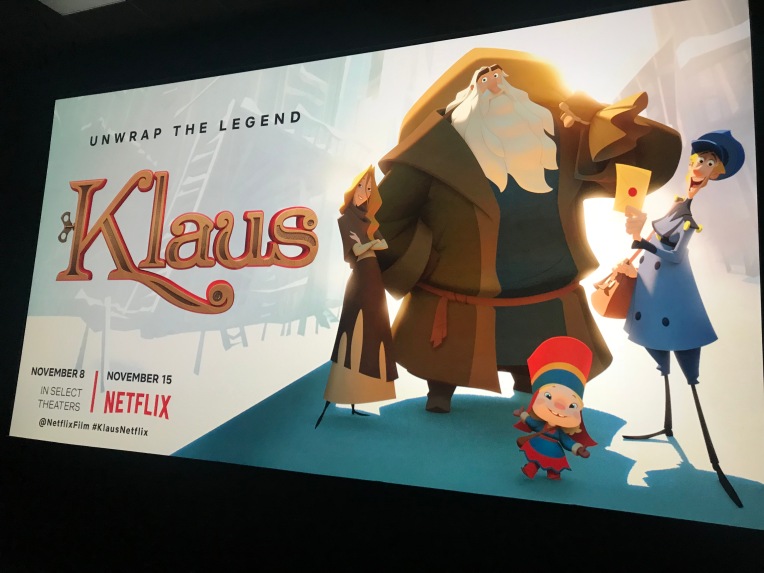 This cute holiday movie has lots of heart. The theme? Every good deed sparks another good deed.  My kids, my husband and I really enjoyed it. 🎅🏻  These festive Klaus cupcakes were delicious too! 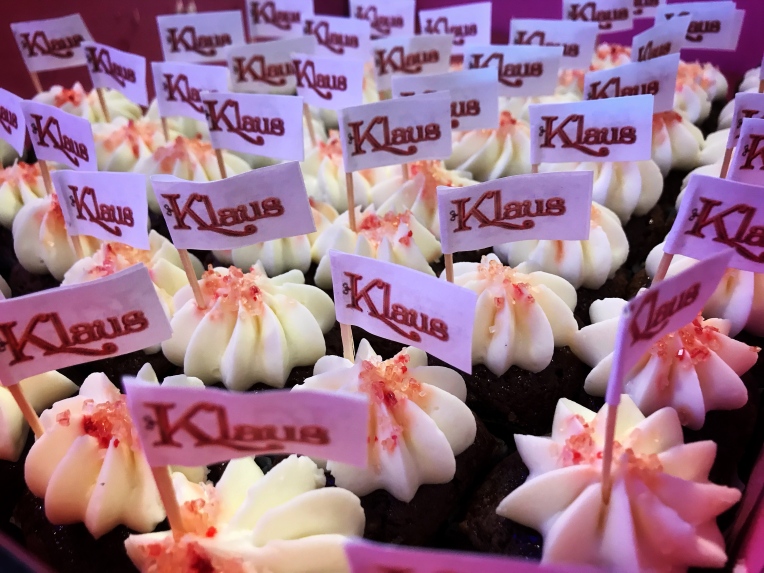 Getting ready for Christmas? There’s nothing like a holiday movie to get you in the mood to celebrate the season.

The other night, my sons and I got a sneak peek of “The Grinch,” which opens today.

This animated movie by Illumination, which is based on Dr. Seuss’ “How the Grinch Stole Christmas” is the latest iteration of the Grinch, chronicling a cranky green guy who hates Christmas. 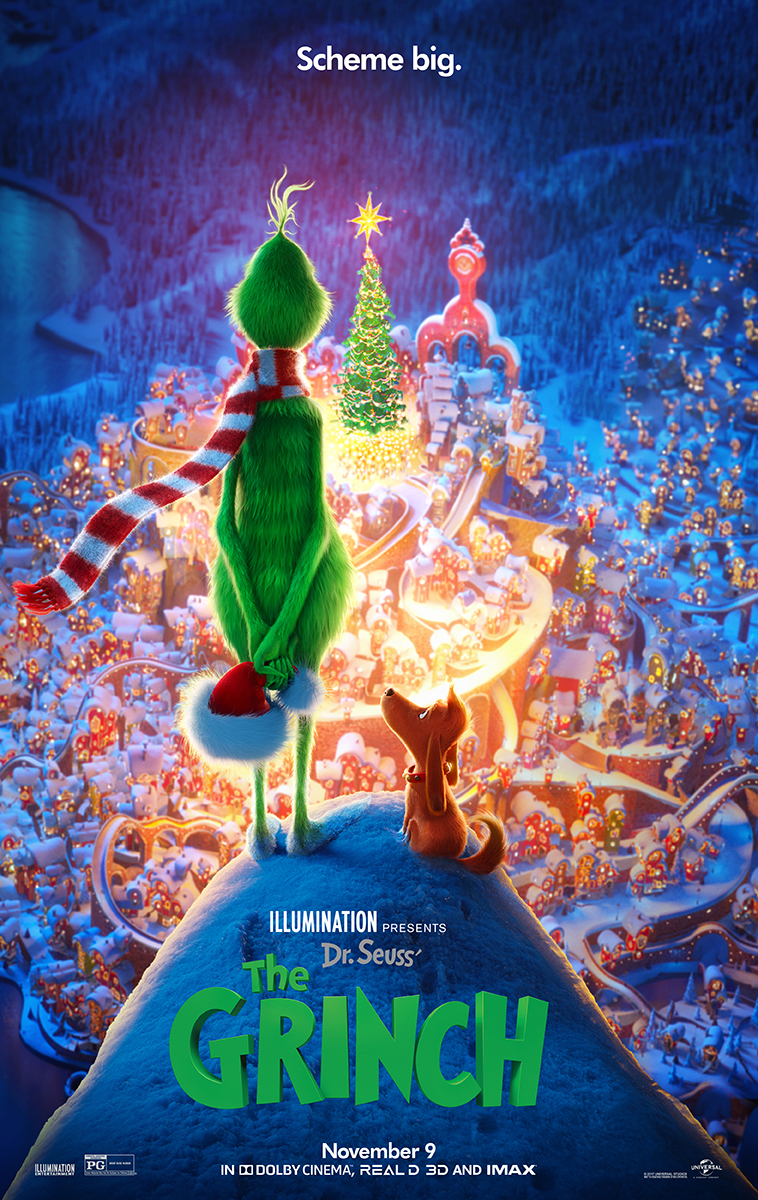 This Grinch isn’t portrayed as mean, evil or even very spiteful. Instead he’s a loner, who seems more sad, than anything else. (In a fun moment, he wallows in self-pity, playing “All By Myself” on the organ, next to his beloved dog, Max.)

His Who-ville neighbors are far too happy about the holiday and Grinch just wants the jolly season to end. Grinch, voiced by Benedict Cumberbatch, decides to pose as Santa so he can steal Christmas. His plan backfires when the town’s little darling, Cindy-Lou Who has a special request for Santa. The theory is that Grinch’s heart is two sizes too small. After his encounter with Cindy-Lou Who, Grinch’s heart grows.

Grinch is a loner, who seems more sad, than anything else.

Cindy-Lou Who (Cameron Seely) gets ready to mail her letter to Santa in “Dr. Seuss’ The Grinch” from Illumination.

Narrated by Pharrell Williams, “The Grinch” has an impressive cast. We enjoyed Kenan Thompson as Mr. Bricklebaum, the over-the-top Who-ville neighbor who loves to decorate; and Rashida Jones, who plays Donna Who, Cindy-Loo’s overworked single mother.

This “Grinch” was a fun start to the season. www.grinchmovie.com